“Smoke & Mirrors” written by and starring Mary Anzalone has been selected to screen at the 17th Beverly Hills Film Festival. 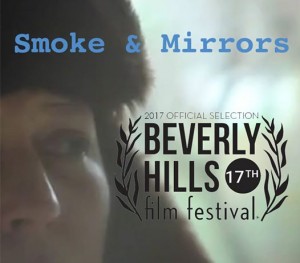